Thursday morning I woke up around 2 AM, and looked out my window to see before me a winter wonderland. It was the picturesque snow – the one which rests easily on the trees and transforms your whole view of the world. It was gorgeous. I promptly appreciated it for a minute, and immediately fell back asleep, because nobody needs to be awake at 2 AM. 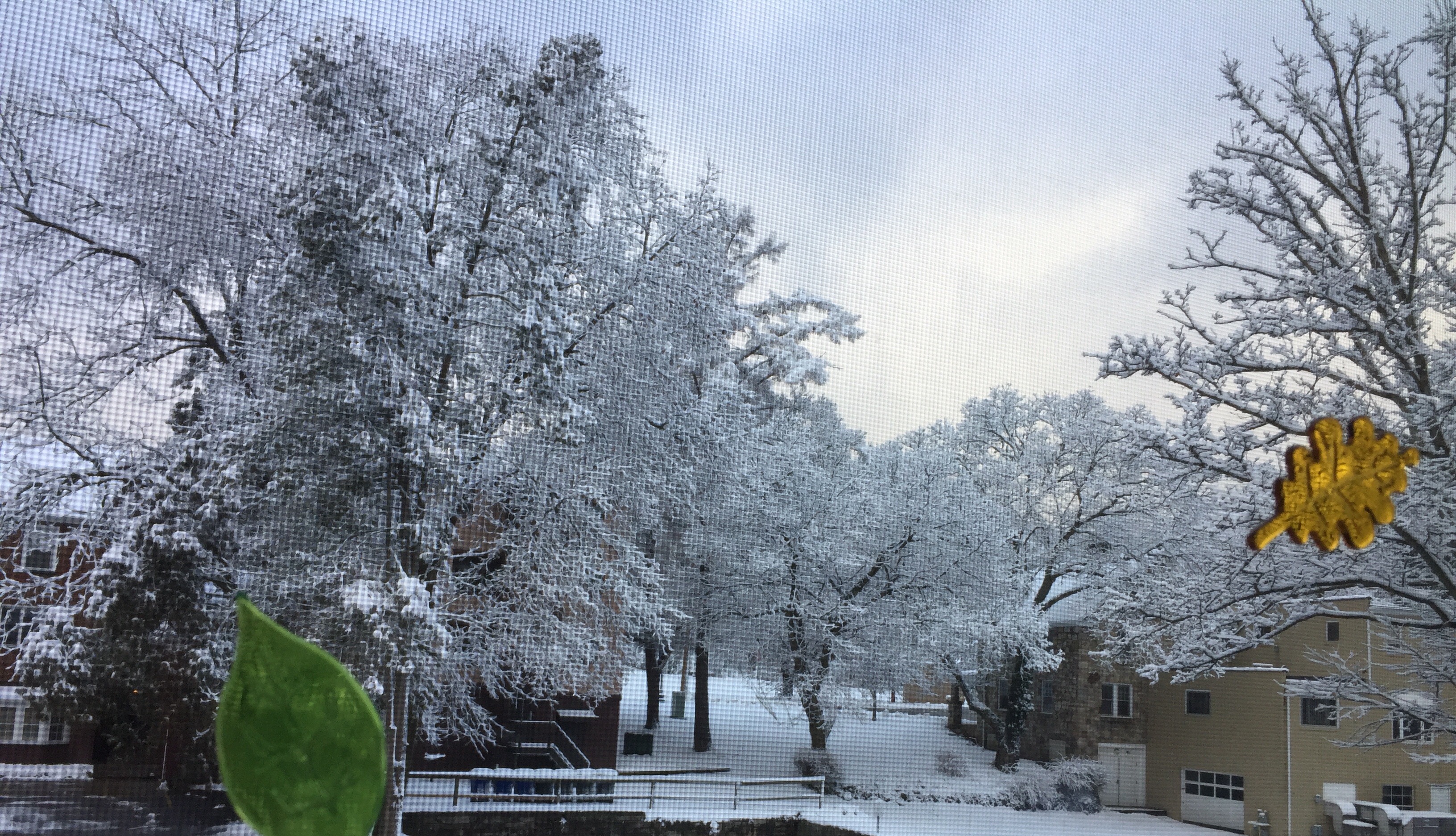 Now many of you may be thinking, “Oh cool, a snow day!”. I hate to break it to you, but absolutely not. Very rarely do we ever get classes canceled here at our little mountain college. You see, we are hardened to the snow here. We are unaffected by the cold. We are winter warriors! …sort of. Because most of our professors live in town, and Pennsylvania is well educated in snow removal, classes being canceled is a rare treat, but that doesn’t mean we don’t enjoy the winter weather. 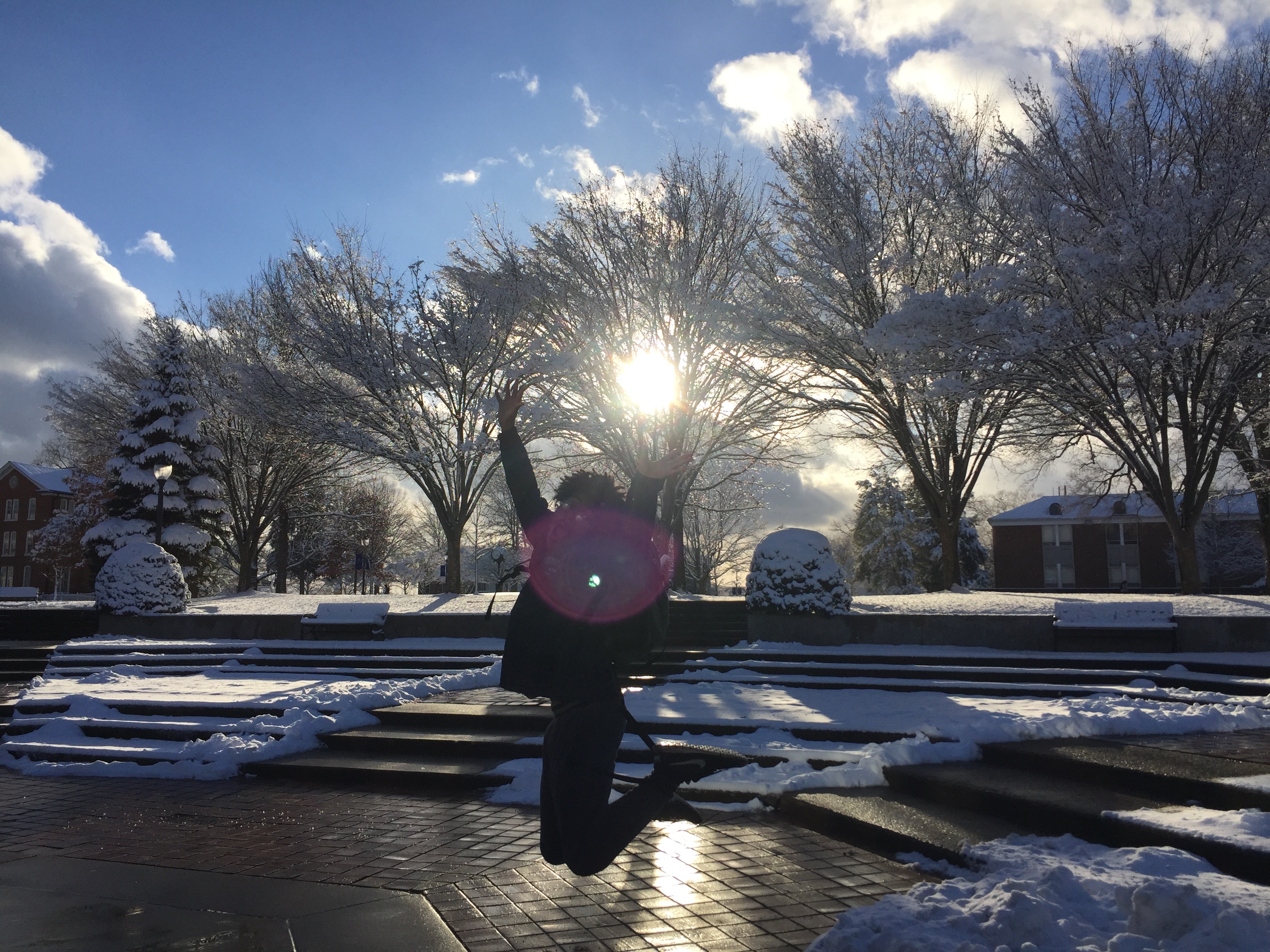 After classes were over on Thursday, a few friends and I took off to frolic in the snow. The fresh powder wasn’t quite right for building snowmen, but we did throw a snowball or two. It was perfect for writing giant messages in the snow, taking a walk around campus, and finally, finishing the day with a walk to the cliffs.

Only a few minutes walk from main campus, the cliffs are a Juniata gem. The views are breathtaking, and while it looks good in every season, there was something magical about that landscape being covered in a fresh blanket of snow. Of the things I’ve learned being at Juniata, there is one main one that comes to mind right now: very few things are more beautiful than Juniata with a fresh coat of snow. I mean, just look at those pictures. 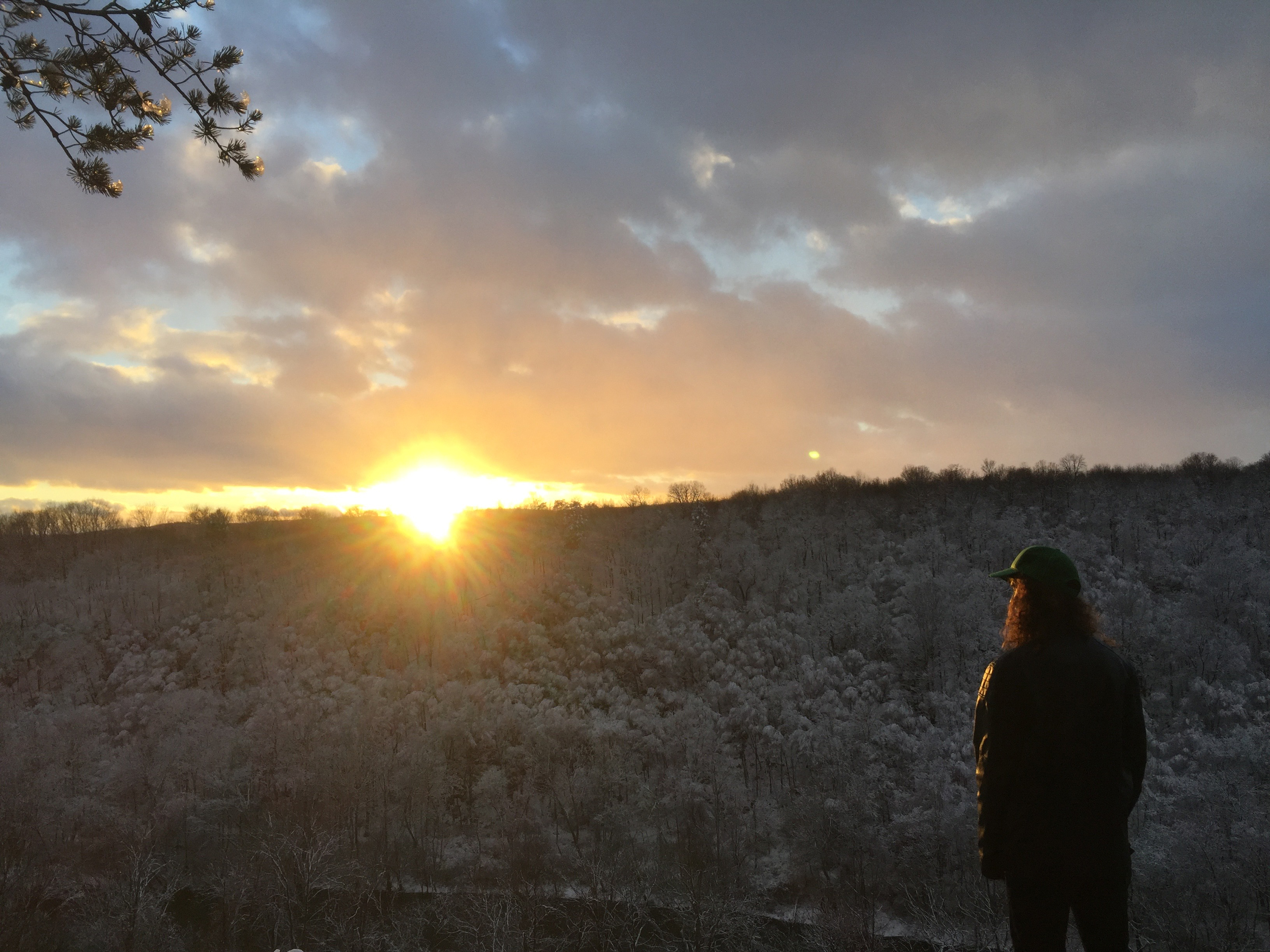 So yes, while we don’t get very many classes off because of weather, we still get to enjoy the fun of the snow and the beauty of central Pennsylvania, which all in all, I would consider a win.

I’m in a Production!

When I was twelve years old, I performed in Little Shop of Horrors at my summer camp. I knew nothing about acting, it was the “kids version” of the show, and I had a stereotypically bad New York accent. I’ve loved musical theatre my entire life. This show was one of the first shows I really connected with, and ultimately fell in love with. Fast forward eight years later, and here I am, starring in Little Shop of Horrors as a real, college production!

Since the Juniata Theatre Department typically puts on a musical every three years, I was so excited to get back into my “element” from high school. Although I love getting to experience and train with different types of theatre (i.e. Shakespeare, devised work, contemporary plays, etc.) musical theatre has always been my favorite type, and is ultimately my goal for after I graduate. For this show, we brought in Tara Giordano, an outside director from New York, Gabriel Gould (who is actually an English Professor here at Juniata) as our Musical Director, and Nate Dryden, a visiting artist who focuses on aerial and floor movement (I was able to work with him last year on trapeze!) as our Choreographer. As for our cast, this is one of the first shows where the cast is mostly non-theatre students. We have four freshman, two sophomores, two juniors, two seniors and a graduate student! It has been such an amazing experience to have so many different types of talented people working on a beautiful show.

Rehearsals have been really hands-on for us, as we have been taking our ideas for our characters and going into so much detail about them, how they move, how they speak, how they think, what they want, etc. It definitely takes a lot more than just reading words off a page to make a play really come to life. Since the show takes place in the 1960s, we have to play with different styles of dance and attire from that period (our costumes are awesome). When blocking scenes, even though our director ultimately decides how the scene should look, Tara was always willing to listen to our ideas and encouraging us to embrace our impulses. It’s been a really educational, beneficial, and rewarding experience working on this show and putting so much effort into the play we’ve created.

We have all been hard at work for the past two months memorizing, blocking, building, and singing our hearts out in rehearsal every day. While you’re in a production, it often seems like the actual performances of the show are ages away, until one day you wake up and realize you’re opening in a week! It’s been really crazy watching this show grow from a script in our hands to a real play on stage with a live band, a beautiful set, and soon an audience sitting in front of us! Little Shop of Horrors opens on October 21st at 8:00 PM, and will be performing on the 22-23rd, and 27-29th as well. Tickets are free for Juniata students and $20 for general admission! If you are in the area, and want to see a hilarious, bloody, romantic, and slightly terrifying musical, then I hope you come see the show!