Home » Student Life » You and I are different people

You and I are different people

Okay, yes that is an obvious fact, but it’s also an important one. If you do decide to come to Juniata (which I truly hope you do), you won’t have the same experiences as me. We’ll be on the same small campus, we’ll probably have mutual friends, and perhaps even a class or two together, but I can never tell you what your experience will be like. I know that. So, on that note, I’m not going to tell you about me. Instead, I’m going to tell you about some of the incredible people here who you might someday get a chance to meet. Who knows, maybe one day I’ll be telling someone else a story about you.

To kick us off is a very good friend of mine. We didn’t meet in the usual way, but rather, he walked by my room when I was having a really rough night (I had just lost a bunch of shoes that didn’t belong to me after borrowing them for a scavenger hunt). When he looked in, he saw me huddled in the corner eating off-brand pop tarts, nearly crying, and instead of walking by, he walked in. We talked for hours about nothing, and yes, I later found the shoes.

I have another friend who is just incredible. Last summer, he worked in a hotel in Germany, and this summer he’s sailing around Tahiti and Australia for a couple of months. In the span of an hour, he encouraged me to work in New Zealand this summer at a horse trekking farm, simply because I can. I would never have had the courage to actually go for it without his inspiration and encouragement. 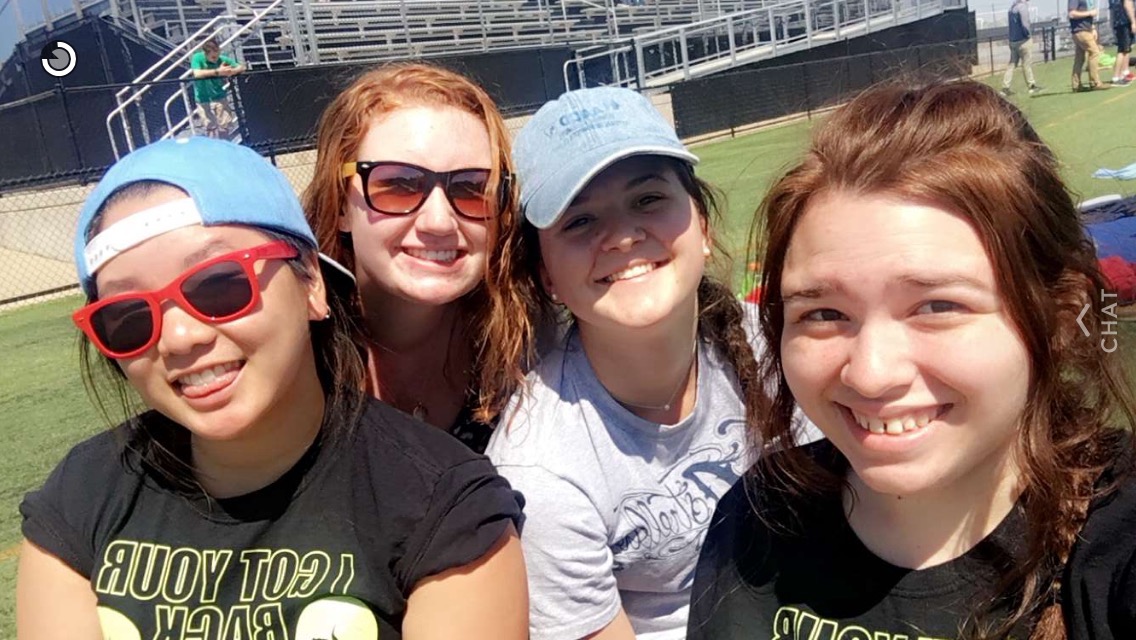 It isn’t just the peers that are amazing here. One of my professors, who happens to also be The Wildlife Society advisor here, hired me to work in the Field Station Office this year. Every time I go in for work, he starts off by asking me how I’m doing, and I can tell he truly cares. He knows I have a busy schedule this semester, and he wants to make sure I’m not overworked. Every week, it makes me feel a little better knowing that someone is looking out for me.

One more thing that happened recently really stands out to me. Walking to dinner, I saw a bunny in a storm drain. It was a baby, just huddled in the corner. When I saw that it was still there the next day, I went to President Troha’s office to tell him about it, because I knew he would help me. Even though he wasn’t in at the time, his secretary was on it. She was not about to leave that baby bunny in the storm drain either.

There are so many stories from so many different people on this campus, I couldn’t even make a dent in them if I tried to tell them all. From a girl who made it her mission to change the world because her life was personally affected by genocide, to a friend who works six jobs here on campus but still manages to do well in all of them, to a professor, whose parents told her that she only had a limited amount of options for her life because she was a woman – the stories are endless and incredible.

Although I’m surrounded by all of these incredible people, I don’t feel lost in the shuffle. I don’t feel like I’m competing, and I don’t feel put down, because we are all a piece of what makes Juniata so amazing. Without our myriad of backgrounds, and intense variety of stories, Juniata wouldn’t be what it is today. It’s a patchwork I’m proud to be a part of, and if it fits you, hopefully someday you’ll be a part of it too.

← From Lille to the DNC in Philly: A Summer Well Spent It’s Mountain Day! →